California's Gasoline Taxes are Highest in the Nation 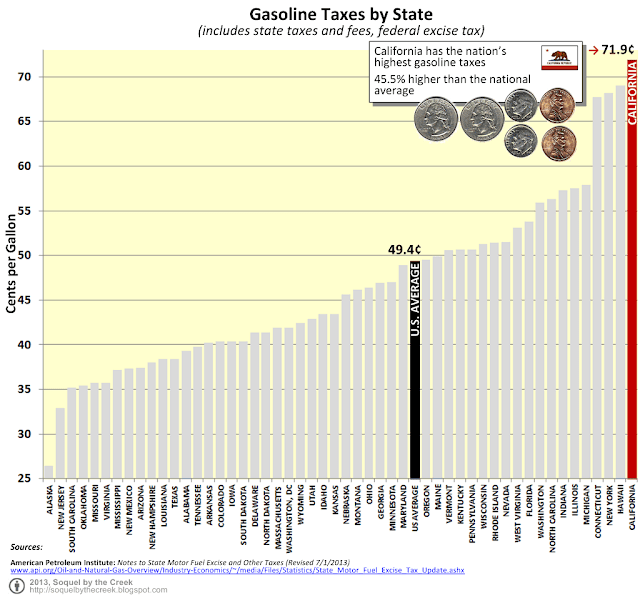 Posted by Soquel by the Creek at 12:15 PM No comments: In celebration, a number of prominent "civil rights" proponents took the podium in Washington. Listening to their words, it appears that some either slept through King's actual speech, misunderstood its meaning, or have other motives. The behavior of some civil rights "leaders" (Jesse Jackson, Al Sharpton, and sometimes even the President himself) reminds me of the words of Booker T. Washington, who was one the last generation of African American leaders born into slavery.


I am afraid that there is a certain class of race problem solvers who don't want the patient to get well, because as long as the disease holds out they have not only an easy means of making a living, but also an easy medium through which to make themselves prominent before the public.

Booker T. Washington's words are amazingly prescient having been written more than a century ago.

Posted by Soquel by the Creek at 1:14 PM No comments: